The non-technical founder’s guide to building a technical team 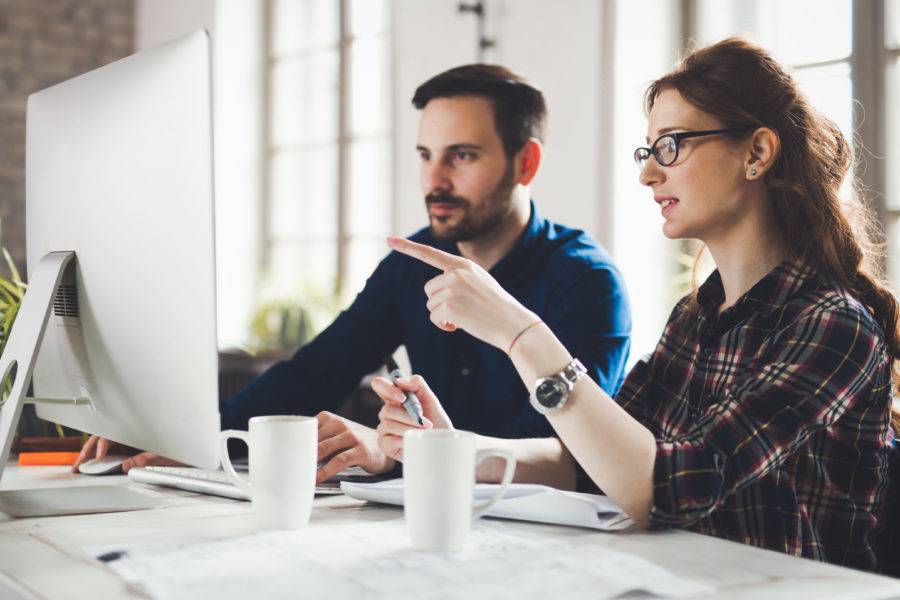 Steve Case, co-founder and CEO of AOL, once said that “the team you build will dictate the company you build.” Running a technology start-up, especially one in a highly technical area like med-tech and IoT, requires an incredibly diverse range of expertise. Far more than any one individual could possess.

As such, the best founders operate with a keen awareness of the areas where they are most lacking, and look to supplement their team with these skills as soon as they begin to hold the business back.

However, if you haven’t spent much time working in a high-growth company before, it can be hard to understand how a given discipline will contribute to your business—and when that expertise will add the most value.

Further, knowing where to go to hire these skills sets, and what to look for when interviewing them, adds an even greater layer of complexity to your job.

To help early stage, non-technical founders answer these questions and quickly get on the path to building the team they need, we’ve compiled this guide.

The technical roles you should know

Also known as software engineers or programmers, these are the folks who write the code your application runs on. Within the broader group, there are important distinctions to be made across developers.

These individuals build the pieces of your application that users interact with. Front-end developers are responsible for implementing designs, web page styling, and component interaction.

Often applications will use a different programming language for their front-end code than they do for their back-end. Some of these front-end languages include: React, Vue, Angular, and HTML/CSS.

Given so much of front-end is visual, the best way to evaluate a potential candidate is to view & use a past project they’ve built. Consider comparing this project to other applications that solve a similar problem. How does it measure up?

Further, the best front-end developers are talented at interfacing with design teams. Feel free to ask your candidates how they hope to work with current or future designers on the team.

These individuals build the underlying architecture that power your application. They’re responsibly for all the server-side components of your application. Things like data models, security, and integrations fall into the realm of the backend developers.

The most common backend languages are python and ruby, each of which has one or more extended frameworks that they are typically paired with (Flask and Django for python, and Rails for Ruby).

In order to evaluate a potential backend engineer’s prior projects, consider asking them what technical trade-offs they considered in building their application.

Further, consider asking prompting them to share “what would break first” if their application’s usage were to 300x in a single day. Having a deep understanding of the weak-points in a given code base is a very valuable skill amongst backend developers.

These individuals do it all. They’ll be able to work across your entire application, which is particularly crucial for early stage companies. If you’re considering a technical co-founder, you’ll want to ensure they meet this criteria.

Be sure to examine whether your full-stack candidate has experience going deep on either side of an application. Have they worked on a high-scale production backend? Have they been responsible for a large portion of the user facing components of an application?

Beyond this, the risk of full stack development is a lack of depth in either domain. To evaluate whether your candidate is someone who “goes deep,” you can consider asking them about their opinions on functional vs object oriented languages or database types. The important outcome here is that they have richly developed opinions (regardless of what the specific answers they share are).

Growth is perhaps one of the hottest disciplines in technology today, despite the fact that many don’t understand what distinguishes this team from more traditional marketing roles. While growth engineers have the same goals as marketers (acquiring and converting customers), they use your product to accomplish them.

An example of this would be changing the onboarding flow in a way that increase the portion of users who complete the flow in its entirety. In order to assess this, growth marketers will often leverage A/B or multivariate tests.

Perhaps the most crucial component of a growth marketing is understanding the scientific method. Asking a potential growth candidate to outline a potential experiment is a good way to assess whether they understand the process of defining a hypothesis, selecting a control group, collecting data, and assessing statistical significance.

Beyond this, you’ll want to assess whether your candidate is passionate about driving business value or designing solutions. The best growth engineers work fast and implement inelegant solutions in order to learn more quickly

As their name suggests, designers are the people who map out the appearance of your application. However, the roles designers can take on in an organization are vast and varied. Some may work with you your marketing team team to create promotional materials, while others will focus entire on the “interactions” your user has within your application.

This role is the one that best aligns with the traditional notion of design. These individuals typically work in illustrator or sketch to produce their visual works.

If you’re looking to have some do illustrations or promotional materials for your company, visual designers are a great choice. Similarly, these individuals are often well equipped to develop beautiful landing pages.

The artistic nature of visual design means that you can often get a good sense of a designers work by looking at their portfolio. It’s common for top visual designers to cultivate a following on behance and dribbble, two design communities.

Often these designers will also produce art in more traditional aesthetic mediums, such as calligraphy, free-hand drawing, or painting. While these skills certainly aren’t central to one’s abilities as a visual designer, they hint at an obsession with craft that is often positive.

Relative to visual designers, UI/UX designers are far more focused on function than form. Here, UI standards for user interface, where the goal is to create screens in an application that are highly intuitive. UX, on the other hand, stands for user experience design, and references the journey your customers will take throughout your application.

This skillset is especially crucial with complex or enterprise-tier software, where it’s easy for users to be overwhelmed with potential uses cases and functionality.

It’s common for UX and UI designers to use software like Webflow, Zeplin, InVision and Figma in order to create mockups that are straight-forward for developers to implement.

A baseline qualifying question for UX / UI designers is “how do you define good design?” Their answer should heavily emphasize usability and intuitiveness, perhaps going so far as to say “great design is invisible.”

From here, consider doing a deep dive on a past project of theirs. How did they approach building out the flow/interface? Hopefully they mention the specific job the page is supposed to do for their user. Beyond this, consider probing about what they would do differently were they to redesign the page today.

Product management is probably the most commonly misunderstood role within a startups. Many assume that a product manager would be responsible for imagining product features, but in reality their role is almost entirely focused on product as a process.

Product managers help teams prioritize different competing ideas, establish timelines for projects, and outline different tasks for developers in order to keep them coding at as fast a pace as possible. This means considering edge cases, and communicating in great detail.

On top of this, the best product managers have exceptional interpersonal skills. They are responsible for facilitating discussion, and building alignment across, departments that will often have quite different goals (for example, marketing and design). Plus, they are able to intuit customer needs through user research.

Product is a challenging role to hire for, in that there are a few different facets you’ll want to assess. To start, what experience do they have facilitating groups? If none, then ask about their experience in leadership roles. Do they place emphasis on empowering others and making sure each person’s voice is heard?

Beyond this, you’ll want to ask about experience managing up. Have they ever had to persuade someone in authority of something? This is crucial in that often a product manager will need to get buy-in from the CTO on key decisions.

Finally, you can ask the candidate what their favourite product is, and why it’s a good product. Here, you should look for themes around ease-of-use and a clearly articulated value proposition.

When to hire who?

Early on, the more general a hire’s skillset is the better. Your first developer should absolutely consider themselves a full stack engineer. Unless you’re a consumer facing application, where design has become increasingly important, you’ll likely want to resort to freelance design work and templates whenever possible.

As you approach 10 employees, you’ll likely need to add specialization in the areas most crucial to your company. Most companies at this stage will have one function that acts as the tip of their spear, driving most decisions and providing the largest differentiation. For B2C companies this is typically either growth, marketing, or design. For B2B companies it’s typically sales or, in the case that you have very unique technology, engineering. This is the function that you likely want to level-up first. When considering hiring at this stage, founders should ask themselves “will I have this problem again” and “will the solution here be a major differentiator for my company?” If the answer to either of these questions is no, one should consider leveraging consultants rather than hiring full-time employees.

Here is where product starts to become an essential function. As your distinct teams start to rally around distinct goals, the importance of an explicit facilitator sky-rockets.

Early on, it’s not uncommon for a designer or engineer to step in to this early product management role. Having been at the company prior provides a high level of context, and having technical experience themselves assures a baseline of understanding when interfacing with these teams.

As your team scales up, you’ll likely need to manage hiring across all the disciplines above. To do this effectively, consider investing in your employer branding. Often, as a startup you’ll need to sell candidates on your people, culture, and growth opportunities, as your salary likely will sit below industry norm.

Mike Gill is the co-founder & CEO of Peersight, an employment marketplace that helps job seekers get to know their potential colleagues before accepting an offer. As CareGuide’s former Director of Performance Marketing, he led the team responsible for over $7 million in annual paid acquisition spend. Venture for Canada Alumni & McMaster Mathematics/Integrated Science Grad.