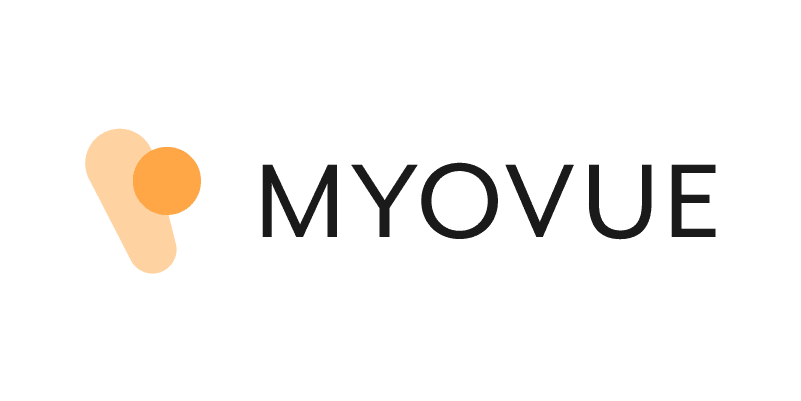 Acute Compartment Syndrome (ACS) is a rare condition where increased pressure within muscle compartments causes insufficient blood supply to surrounding tissues, usually resulting in severe pain. Though rare, this condition is difficult to identify, and currently available diagnostic tools are clinically proven to be inaccurate.

The team at MYOVUE is working to put a new and improved diagnostic tool on the market. Soon orthopedic surgeons and physicians will be able to use MYOVUE, a digitally connected device with a companion mobile app to accurately monitor and help diagnose patients with ACS. The device allows continuous monitoring of compartment pressure, while the mobile app provides clinicians with the ability to track their patients’ progress. MYOVUE is currently undergoing clinical trials and is expected to receive regulatory approvals from the FDA, Health Canada and CE in 2018.

We spoke with MYOVUE’s Chief Financial Officer Simon Sanscartier about the product and company. Read more about MYOVUE below. MYOVUE is a digitally connected medical device that aids in the diagnosis of Acute Compartment Syndrome (ACS). ACS is rare and difficult to identify. If affected muscles lack blood supply for too long, then patients risk suffering permanent muscle damage or even limb amputation. Currently ACS is diagnosed based on subjective and unreliable outcomes like pain, and existing compartmental pressure sensors are inaccurate and inefficient to use. Far too often, trauma patients tragically sustain long-term disabilities and limb amputations because of missed diagnoses.

MYOVUE solves an unmet clinical need for doctors who require a simple, reliable way to screen trauma patients for ACS. Our elegant, proprietary insertion mechanism allows simple, accurate placement of a small pressure sensor into muscle compartments. The sensor connects to an LCD screen via a biocompatible lead-wire and the screen continuously outputs highly accurate pressure values while resting on the patient’s skin. MYOVUE is accompanied by a mobile app that wirelessly connects to the device via Bluetooth and transfers pressure data to hospital cloud systems, allowing remote patient monitoring. Thus, by providing timely monitoring of muscle pressure, MYOVUE allows doctors to reliably diagnose ACS and take action before it’s too late. MYOVUE is a simple solution to a dangerous problem.

Why did you start MYOVUE?

Dr. Ed Harvey, co-founder and Chief Medical Officer of MYOVUE, is a leading orthopedic surgeon who sees first-hand the problem that MYOVUE solves every day: there is a lack of a simple, accurate diagnostic tool for monitoring compartment pressure. Having identified this glaring unmet clinical need, Dr. Harvey approached MYOVUE’s CEO, Charles Allan, to research and develop a device that would solve this problem. After successful prototyping and usability testing, it was clear that MYOVUE had the potential to significantly change the landscape of compartment syndrome diagnosis.

What are you trying to achieve with MYOVUE?

MYOVUE is expected to become the new standard of care (SOC) for diagnosing ACS. MYOVUE’s main competitor, the current SOC, is clinically proven to be inaccurate, and even experienced a product recall in 2005 for that exact reason. Still, the competing device essentially has a monopoly on compartment pressure measurement as no better technology is readily available. MYOVUE expands the market for ACS diagnostics because our device is a true screening tool that detects ACS agnostically, while our competitor’s device confirms diagnosis based on reported pain. The goal is to screen as many at-risk patients as possible to prevent the few cases where late detection causes permanent muscle damage or limb amputation. This might seem inefficient, but those few missed cases cost the healthcare system dearly, not to mention severely reduce the affected patient’s quality of life.

What impact has MYOVUE made in your field?

Although MYOVUE is pre-regulatory approval, we have already generated significant interest amongst orthopedic surgeons and other key experts who have communicated that they would use the device because it solves a problem they face every day. There are currently 14 hospitals and trauma centers across North America that have agreed to perform clinical trials with MYOVUE.

What are some major milestones and success?

Where are you headed next? Where and how do you see MYOVUE growing?

MYOVUE is currently pre-regulatory approval and undergoing verification and validation testing. Primary target markets include Canada, the US, and the EU, where medical devices are regulated and approved by Health Canada, FDA, and the CE marking scheme, respectively. MYOVUE is a risk-class II medical device in Canada and the US, and risk-class IIa in the EU, which implies medium-risk and is thus exempt from requirements to perform clinical trials prior to approval. We will be conducting a retrospective clinical trial at nine large trauma centers in the United States to generate data that demonstrates the clinical and economic value of MYOVUE.

Following regulatory approval and the clinical trial, we will use the data generated to demonstrate the utility and success of our device doctors and key experts, and also to convince payers (i.e. public and private insurers) to reimburse the device once it is used.

What problems did you face along the way?

MYOVUE faced typical problems endemic to the medical technology industry, particularly in the research and development of the device. Developing a medical device is a scientific process that requires troubleshooting and iteration. That is why the scientific expertise of our team has been so invaluable, because we have ample experience in R&D in both academic and industrial settings. Our expertise combined with our fabless business model has allowed us to be agile when challenges arise, and flexible in the path towards our ultimate goal of getting MYOVUE approved and commercialized.

MedStack also provided MYOVUE with indispensable tools that allowed us to translate our software development knowledge into applications in healthcare. It is difficult enough to design communicating medical devices and companion mobile applications, but satisfying regulatory requirements pertaining to data protection and control in hospital settings is another endeavour entirely. MedStack helped us navigate the path towards fitting our digitally connected solution into the world of HIPAA compliance and Electronic Health Record (EHR) systems.

We are celebrating our customers at MedStack. They are people and companies who are taking incredible steps to improving healthcare and care delivery for patients, their caregivers and healthcare providers. Customer Stories, is dedicated to highlighting their journey, product, and success.